my ideal stay at home lunch

If you know me post-college, you’ll know that there are only 2 meaningful seasons in my life: soba season and soup season. As in, during the summers, I eat soba salad for half my meals. And during the winters, I eat vegetable (often miso) soup for half my meals (idk, Japanese flavors are just so satisfying without being too heavy I guess).

But then there are some times where the seasons blend together. Where I want to participate in the harvest but aren’t quite committed to soup or soba.

So on a rare rainy, below 60s autumn day in California, I decided to throw all cultural tradition out the window and top a warm soba “salad” with roasted brussel sprouts. Tis the season after all.

Note that this recipe is more veg heavy in terms of the carb to veg ratio, so feel free to adjust the amount of noods as desired. Also, as written it is vegetarian, but can be made vegan by making sure your soba sauce is vegan, as it often includes dashi. 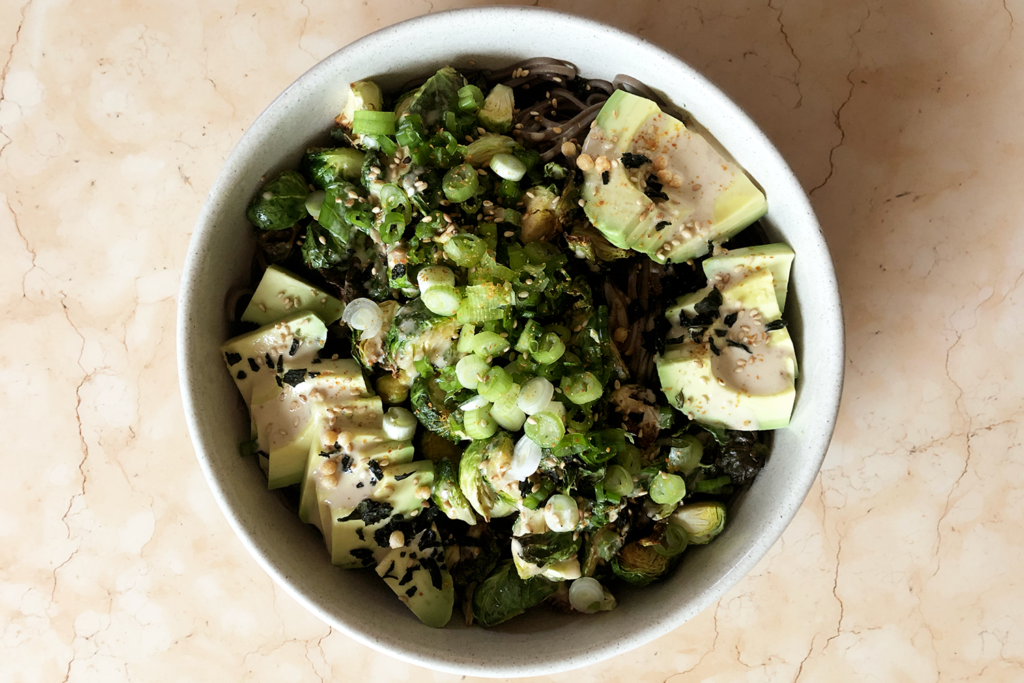 for the sesame dressing