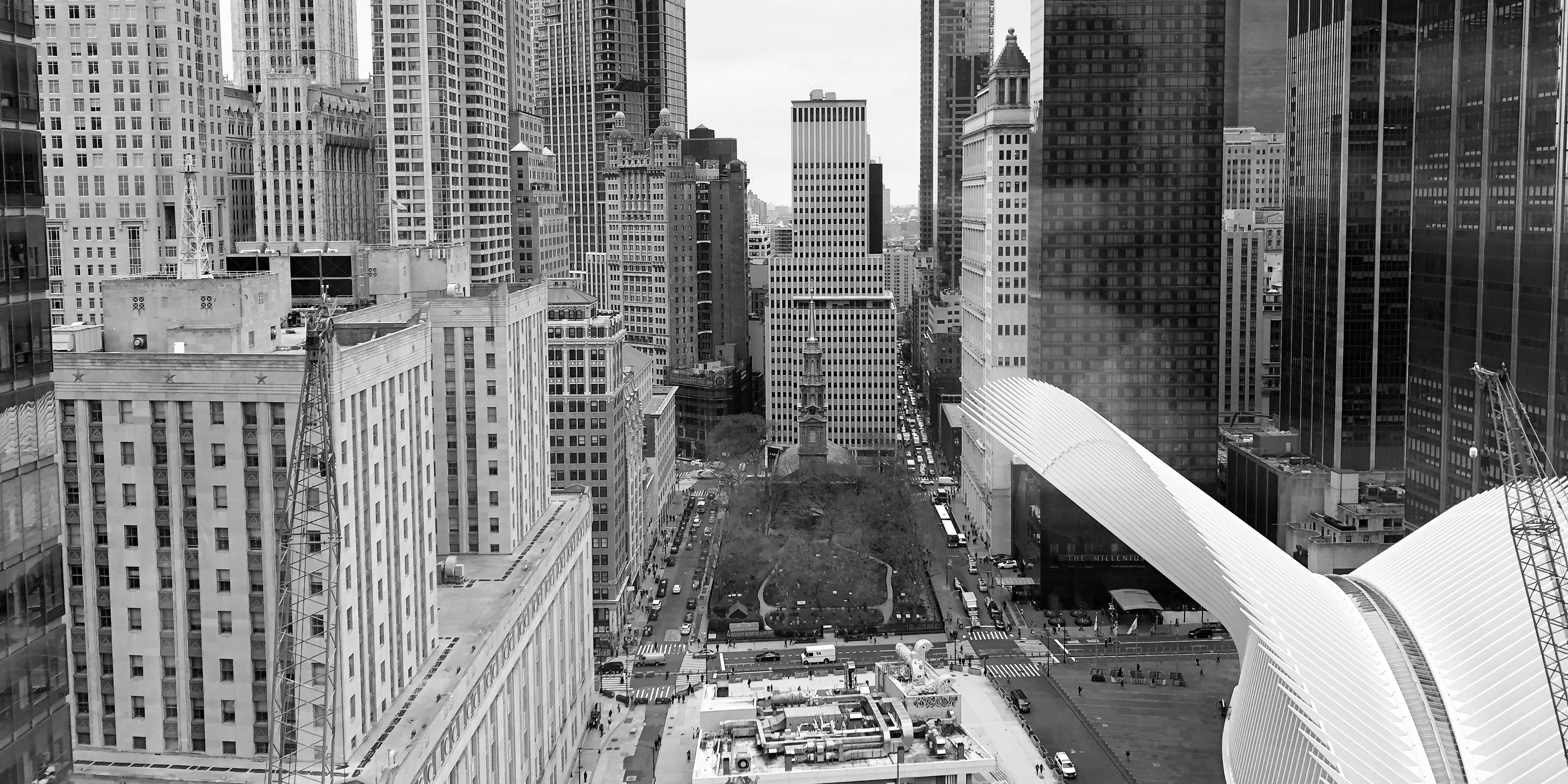 a hell of a time to move

Emphasis on the hell. Sorry, I’m being dramatic. But let’s not sugar coat it, I couldn’t have picked a worse time to be moving in general, much less moving across the country, much less moving to the epicenter of the COVID-19 outbreak in America.

But I’m not here to talk about the virus and my experience. Well, I am, tangentially, because these days, everything is related. But I already talk about it every day to every single person I have any form of communication with. I already have several ongoing projects at work directly related to it (in fact, I can’t really think of anything that I’ve worked on that hasn’t been related…). So my point is, we’re here to talk about New York City. And what a strange time it is to be in New York City.

The Oculus on a Thursday morning, the week before it all began. The quietness was already disquieting in such an iconic New York place that is usually a perpetual rush hour chaos on weekdays.

New York City is in many ways, the center of the world. There are way too many people, way too many buildings, there is so much happening at all times, and yet somehow the idea of the city is still larger than life. As in, sure it’s a big city (though perhaps not geographically), but it’s bigger still in people’s minds. And everyone in the world has some idea of what New York City is like.

It’s the greatest city in the world. The people are hardened, stubborn. The pace is unforgiving. There is at the same time, no room but also all the space in the world to grow and experiment and chase an opportunity to thrive. New York City is all of its stereotypes times 10. But it’s also very nuanced. It’s so diverse, and yet, there is some united sense of what it means to be a New Yorker.

It’s funny, the way life goes sometimes. Just weeks before moving here, while I was interviewing for the very job that would bring me here, I was working a freelance gig at an agency in LA. The project was for Nike, but specifically for Nike New York. My job was to research and define a strategic framework for Nike to launch a new platform in the city, rooted in that city’s identity. The irony is… I only knew as much as one does as an occasional visitor. I hadn’t been in the city in three years. But of course you search and you read and you listen and you analyze and then you develop some kind of idea of what that city is, what the culture is, what the people are. And then you present it as a strategy and it’s solidified in your mind, an idea, a cultural study that then gets mapped onto reality when you land there just weeks later.

As someone who has, for as long as I remember, been obsessed with cities, I always had a fascination with New York. I adored it from afar. I knew that I would love it, knowing absolutely nothing about it. I figured, I love cities. And New York City is the mother of all cities. So of course I’d love it.

Sure, I know of all the downsides, the reputation, the inconveniences that come packaged up with a bow on top. Like I said, I wrote a whole report about it. But of all the places in the world, there was no where else I set my sights on. I’m a California girl. I love Los Angeles. I cannot wait to go back and live out my days there. But as a final hurrah to my 20s, I knew I had to come here, to New York City. To be in the middle of it all, because I can’t bear to think about being anywhere less exciting.

Sure, I know of all the downsides, the reputation, the inconveniences that come packaged up with a bow on top.

But as fate would have it, the excitement sure came. Didn’t even get two weeks in the city before it started to shut down (and mind you, there were zero cases the day I landed). New York City and all its bustle can be overwhelming, sure. But I assure you that nothing is scarier than New York City without that bustle.

It started slow, but then before you knew it, the streets were quiet. Cars were few and far between. Pedestrians were sparse, though on sunny days the running spots still filled up, eerily quiet though populated, filled with the anxious desperation to get some fresh air before returning back to our respective holes.

New York City is probably the worst place to be with all that’s happening. For one, there’s germs everywhere, and you can’t go anywhere without accumulating said germs. And then there’s the quarantine spaces, tiny, old, cramped, with way too many roommates and not enough internet bandwidth for everyone to be on Zoom at the same time. It’s like the baseline discomfort of living in this city is all thats left. The redeeming features locked down, lights out.

Quiet streets in West Village and Soho, at lunch time and dinner time. 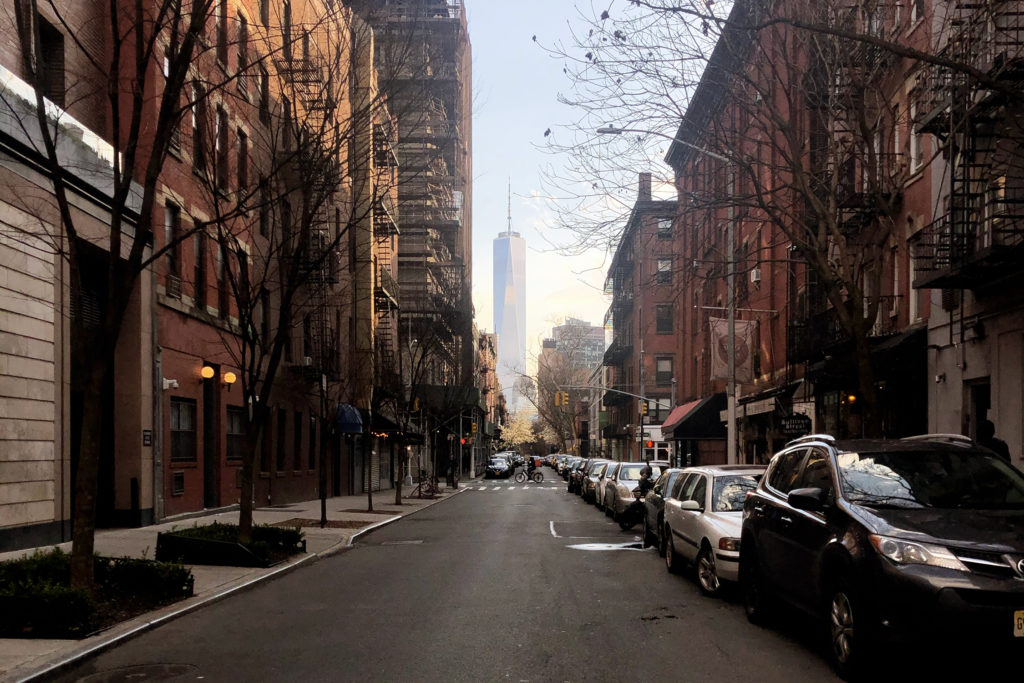 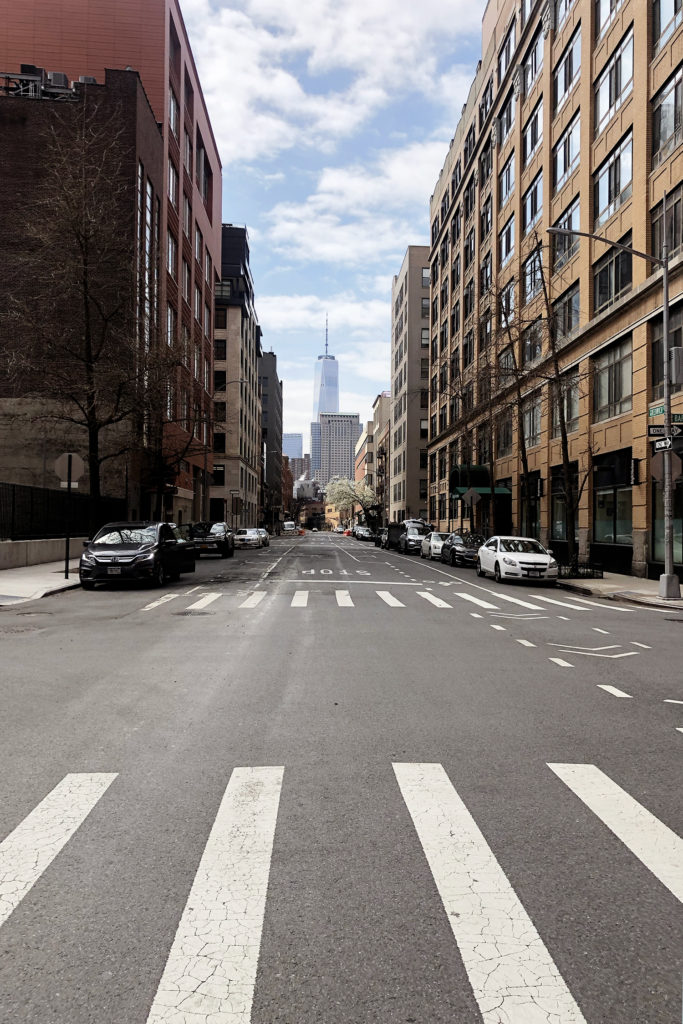 New Yorkers don’t have the best reputation. They aren’t exactly known to be friendly or accommodating or patient. But they are known for their tenacity. The fact that they choose to put up with this lifestyle because they take pride in being a New Yorker. At first, I thought, ok. They’re just coastal elites on the other coast, a little more aggressively vocal about it, and a lot more defensive (bc let’s be real, no one in LA ever has to explain why it’s a nice place to live). But I think there’s more to it than that.

First, New Yorkers are friendly. They will actually talk to you. Not in that sweet Midwestern way, but in a way that is quite simply rooted in the fact that they spend most of their lives in shared public spaces. You don’t really have a choice but to interact with strangers at all times. But beyond that, everyone that I’ve met in New York has been welcoming in an interesting way. Like they are ready to take me under their wings, to show me their version of New York City, to share their perspectives and opinions. And I love that.

It’s like a constant reality check. The city’s way of reminding you that you don’t matter. It’s oddly humbling.

New Yorkers are different. And I love that. I love that I can tell someone where I work and what I do and they could have no idea what that means and no opinions about it. I love that I can have conversations with people about anything, that I can befriend people who don’t have desk jobs, don’t work in a creative field, and aren’t media-savvy in the way people in tech and entertainment and advertising are. It’s like a constant reality check. The city’s way of reminding you that you don’t matter. It’s oddly humbling.

I love that people here have such strong opinions about where they live (besides myself and some of my particularly passionate friends, most people are pretty lukewarm in their opinions). I love that people here are from everywhere, and that you can always find some point of connection, whether that’s through school, hometowns, recent moves, shared industries or shared experiences. It’s only in being here, and mind you being here at a time where I can barely interact with anyone, that I realize just how monotonous LA is. Everyone there is the same.

Second, they can be accommodating. And third, they can be patient. In fact, I think that the general stubbornness and impatience is something that New Yorkers take for granted. When everything is ok, you can afford to go through life with a scowl. But when things aren’t, the city locks arms in a way, coming together to take on a challenge, temporarily calling a truce on all the daily fights within.

Normally in the afternoons, there’s always a walking tour group stopped in front of 23 Cornelia. It was annoying at first, but weirder to have the street empty. 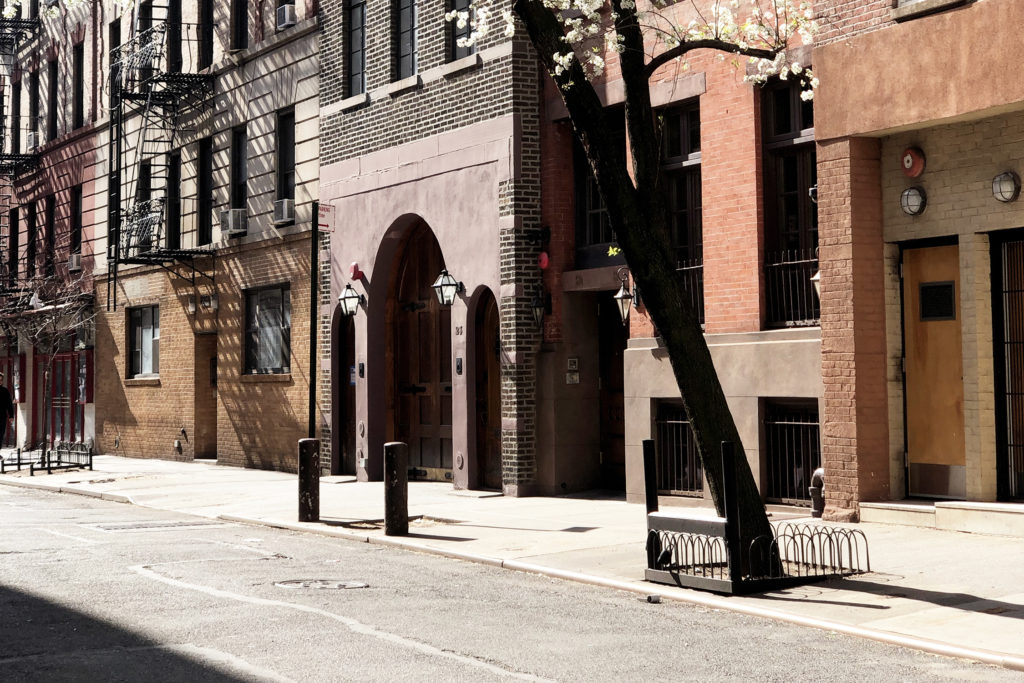 In the past few weeks, as the pandemic as gotten exponentially worse, there’s been a weird sense of patience that has overcome this impatient city. People are consciously accommodating. Giving each other space. Acknowledging that we’re all in this shitty situation together.

But more than that, people are going out of their way to extend a hand and reach out, no matter how little they have to give. Restaurants, which have been shut down and on the brink of shuttering permanently, are stepping up to feed first responders. Several East Village restaurants set up a donation link for people to donate meals that would be delivered to hospitals every day. They even shut down their own ordering and delivery service so they can focus on these efforts. Small businesses are getting creative to stay afloat and community organizations are popping up to support. Individuals are gathering donations for schools and students in need. Volunteers are delivering essentials to vulnerable residents. A mysterious man on a bike turned around to hand a nurse a box of gloves while she was taking a midday break outside the hospital.

It’s strange. Coming to a place where you’re half expecting to be yelled at for walking to slow at any given time. But instead you’re met with an unnerving peacefulness on the streets. Quiet conversations held at a distance, and recurring words of encouragement, reminding each other of New York’s strength.

Perhaps the most striking part is the parallel that New Yorkers draw to another event that shook up the city. The last time New York City was shut down. The collective memory that has shaped and scarred a generation of New Yorkers. September 11, 2001.

Sign after sign. Messages taped up to shops older than myself, older than my parents. Longtime residents trying to contextualize all thats happening through shared memories. The city, trying to figure out a way out, trying to use tactics from before to problem-solve.

At the end of the day, this is a different tragedy. A different trauma. One that simmers, slowly, quietly, but steadily. One that transforms the way we live through habit. One that challenges not just the city, but the world. There’s no going back from here. There’s no “once things are back to normal.” There’s only the next normal, the one that comes after our current “new normal.”

But they’re right. The city is resilient. We will survive this, despite the changes to come.

With all that said, I gotta say, I’m getting a weird first impression of living in New York. It’s like the city has been stripped of all the things people tell you about. The subways are probably the cleanest they’ve ever been. You don’t smell trash all the time because everyone is inside. You have plenty of personal space because that’s been mandated. There’s no bustle, no people, no life. But most importantly I’ve seen determined flickering in the darkness, and I know that’s the energy of New York waiting to shine.

So thank you, New York, for giving me a little faith in humanity, and showing me the vulnerable, compassionate side of New Yorkers during this time. I hope the best of it sticks around.