Mh Zh is annoyingly good. Like, they simultaneously put in so much effort (in the food) and also so little effort (in marketing themselves and being, well, a normal functioning restaurant, not that they need it).

To begin with, there’s no sign. To the untrained eye, it just looks like a bunch of people are having some kind of dinner party on the sidewalk at the corner of Sunset and Maltman. The space itself is tiny. Think: open kitchen, with a couple stools. Most of the dining space spills out onto the sidewalk on makeshift tables. There’s no website. Yes, a trendy new restaurant that opened in 2017 skipped the perfectly branded website (what even is its brand? who knows). While we’re at it, there’s also no menu. Well, there is… it’s just a list of ingredients and half-baked dish names scribbled in sharpie on scraps of brown paper, spelling varies day to day.

But here’s the excruciating part: while LA loves a beautiful, over-branded cafe or restaurant, if the food is good, the people will come. No sign necessary. And Mh Zh’s food is really, really good. The menu changes seasonally (and kind of daily), but you can count on plenty of Israeli fare, mostly vegetables, with maybe one meat and one fish option each day. They barely have chairs, don’t serve alcohol (it’s BYOB), and regularly draws a 1+ hr wait. But it’s the little kitchen that could. Seriously, if you ever have the chance to sit at the “bar” and watch the magic happen, it’s impressive they can even fit 3 people in that tiny corner, much less churn out so much good food. Considering LA loves vegetables and Israeli food, It’s no wonder they’ve managed to go from cult following to mainstream.

Update: Mh Zh devastatingly closed during the pandemic, out without a sound, the quiet nondescript storefront sits empty like it was never there. 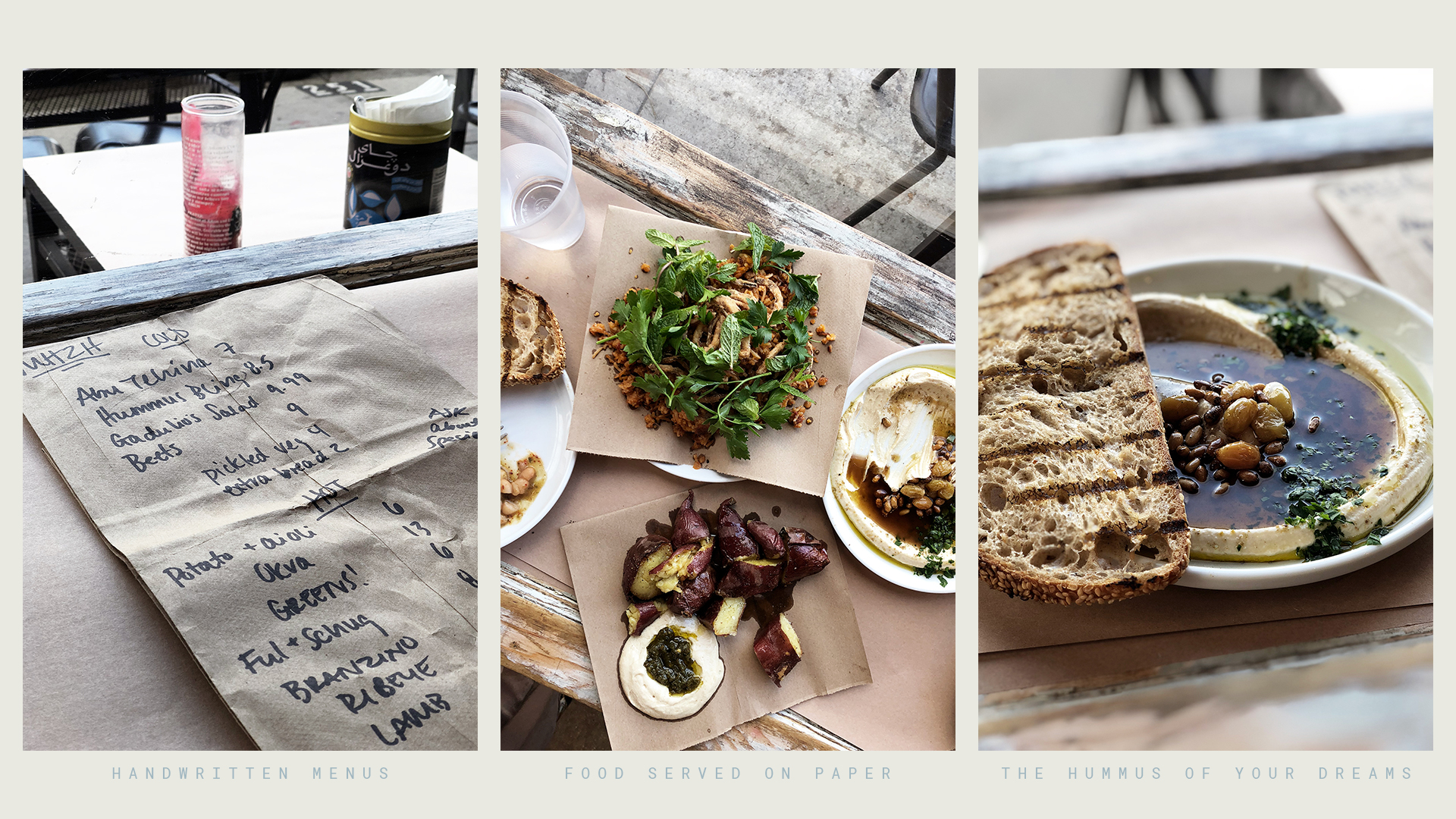 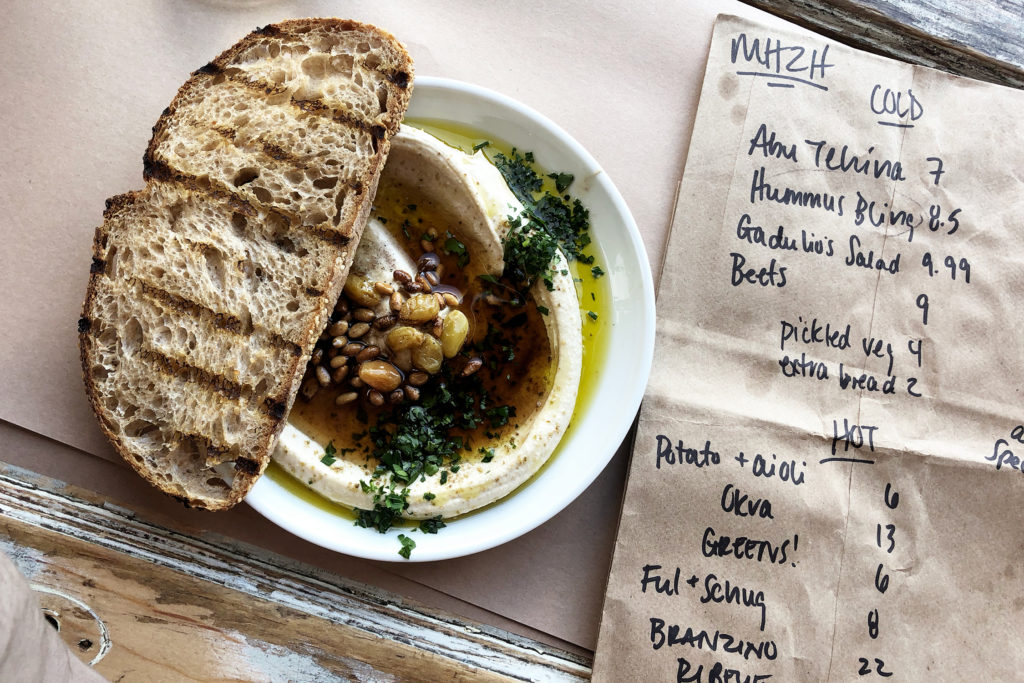 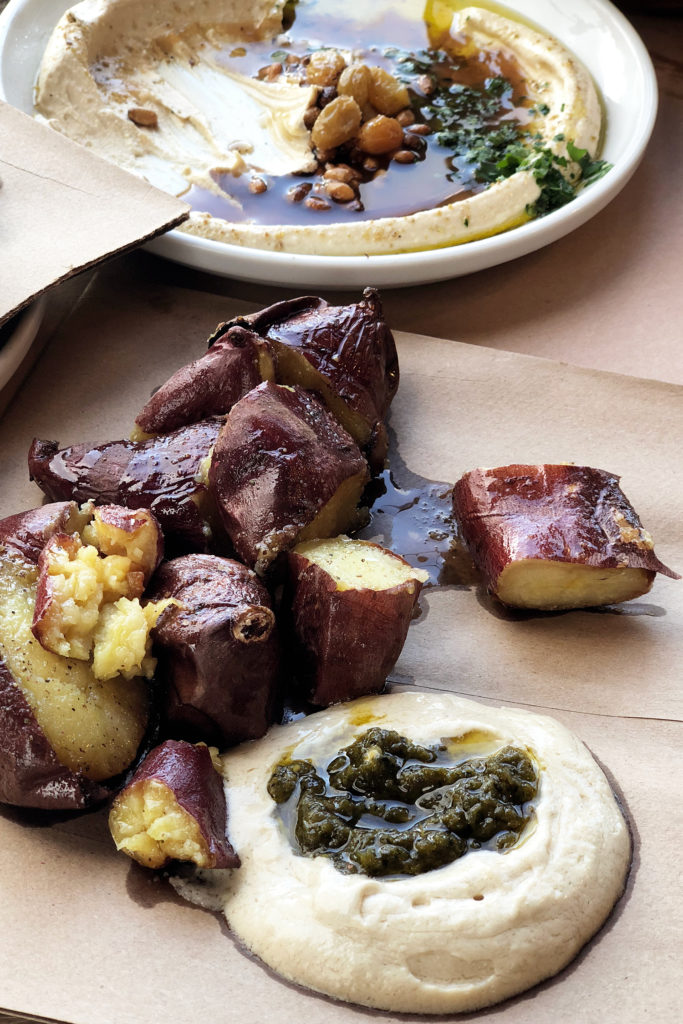 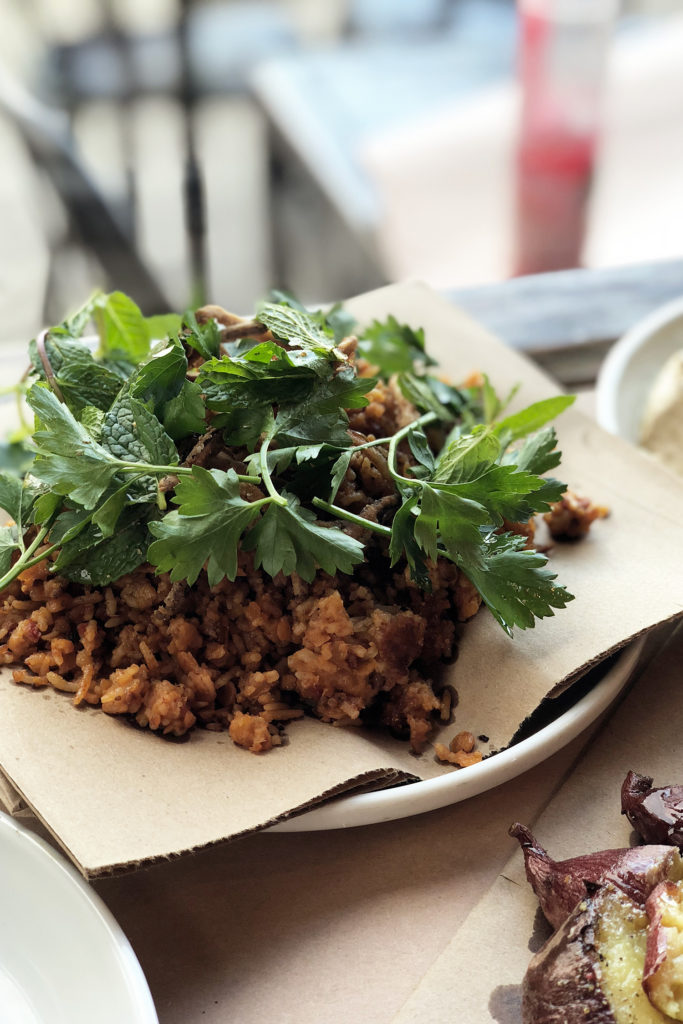 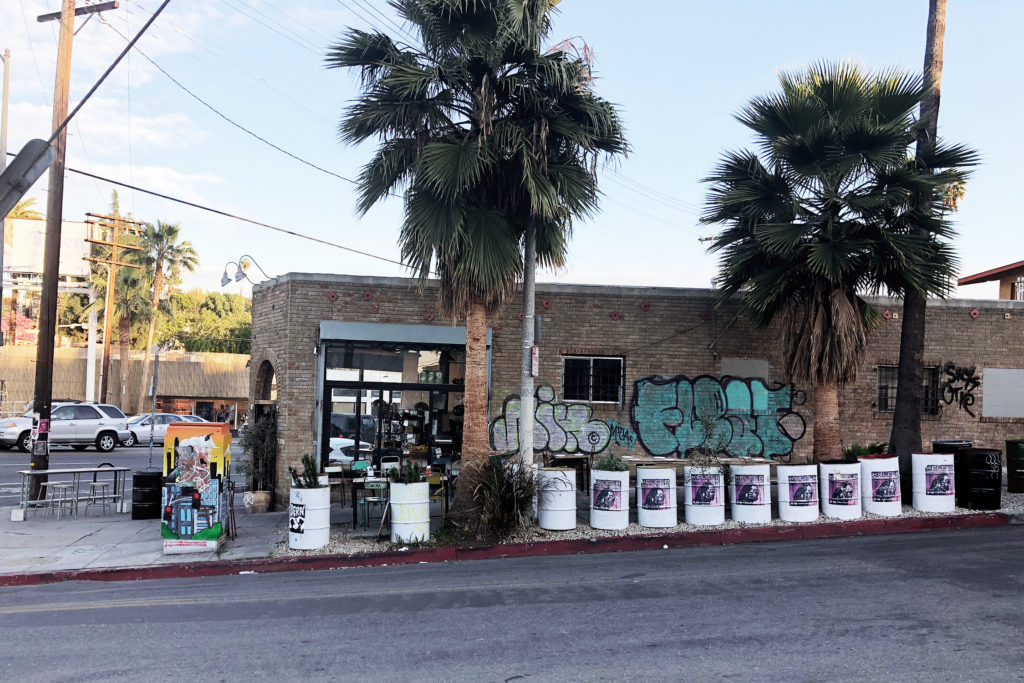 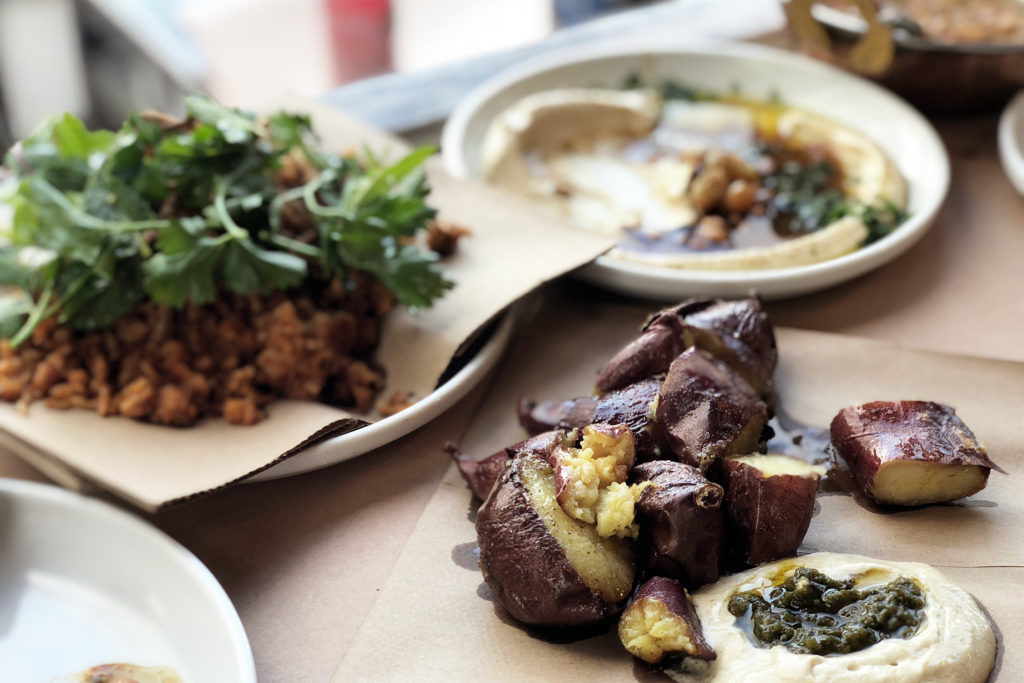 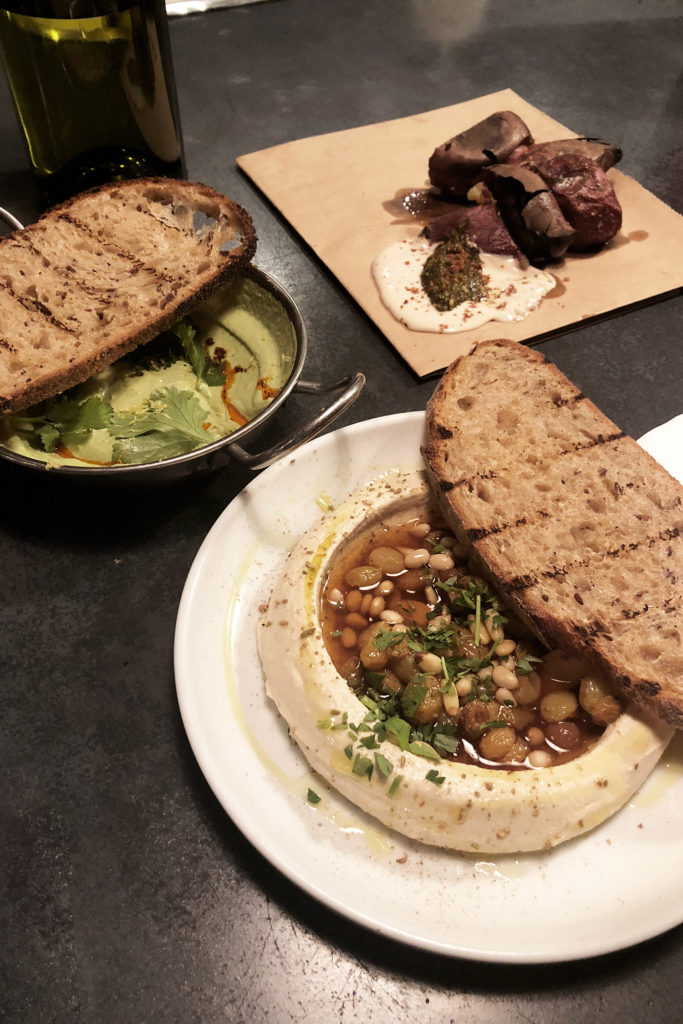 Go here for: literally one of the best meals, v casual v delicious

Order this: the bling bling hummus (seriously, you’ll be in wonder as you eat it, it’s so good), the cauliflower, whatever roasted veg they have (japanese yams are

), something for bread dipping, and when in doubt, whatever the staff recommends

Amount of time to spend: service is pretty fast, but give yourself an hour to enjoy the food, and budget some time for a wait too

When to come: at 5pm, when they open (or try to come with a 2 person party to avoid an insane wait)

Parking: is (as usual for Sunset) a hit or miss. If there aren’t any meters open on Sunset, it’s usually not too difficult to find street parking up on the hill on Maltman or Edgecliffe, especially if you come on the early side.

if you prefer to make reservations, try [ bowery bungalow ] 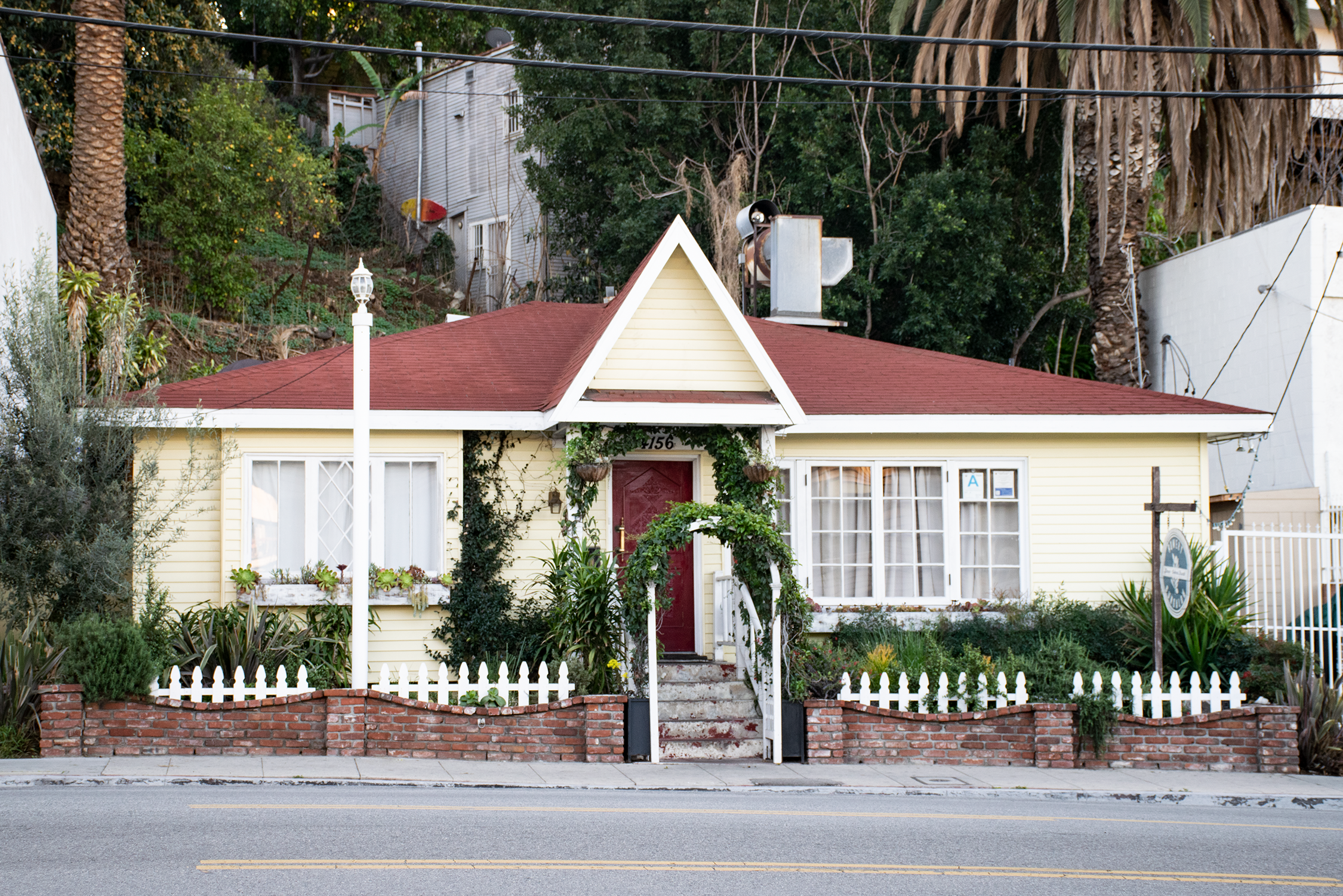 if you like cute restaurant branding, go to [ kismet ] 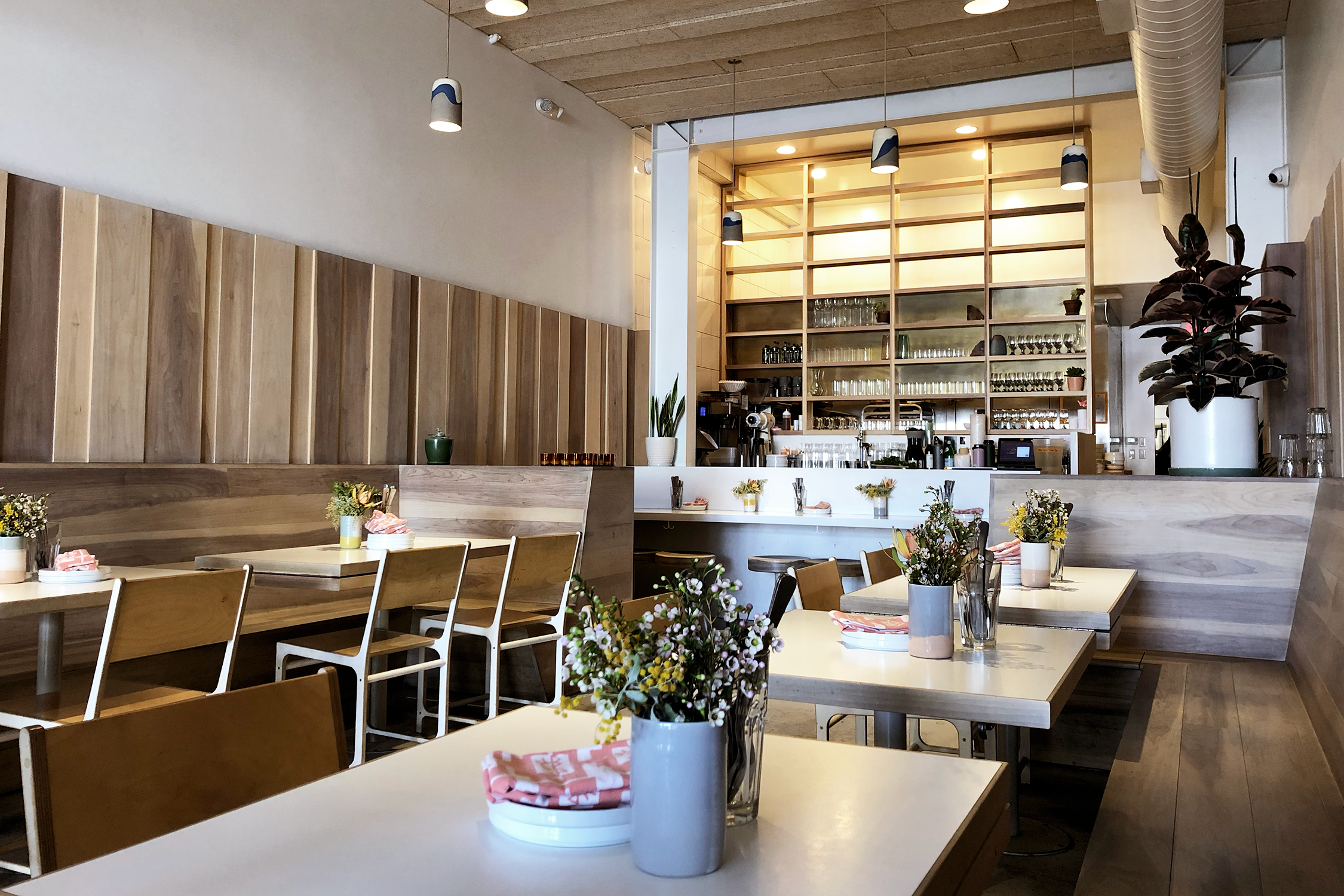