Woolloomooloo is notable for a couple reasons. First, it’s been around for a while, and in a city full of come and go trendy restaurants and cafés, that’s notable. Second, it has amazing hours. As in, it’s open early and late. Most Taipei cafés don’t open until noon, so generally your morning coffee fix is a choice between Louisa or Starbucks or… 7-Eleven (tbh all solid choices). But if you’re looking to sit down, use utensils, hang out for a little while in an industrial cool ambiance a little ways away from the bustle, this is the place to be.

Named after a town in greater Sydney, Woolloomooloo a collection of lifestyle brands and centered around their flagship location, WXY. WXY is a notably expansive space tucked on a rather quiet block of Xinyi District, just a short walk away from the touristy Taipei 101. During the day, it functions as a cafe and restaurant and lounge space. At night, it turns into more of a bar lounge. They also operate a gallery and event space on the third floor. Next door is a general store-slash-bodega type shop, Yakka, which stocks artisanal pantry staples as well as curated lifestyle essentials and house made cakes. They also have a “deli” which, though they do serve up bagels and sandwiches, doesn’t quite map out to what you’d typically think of for a deli. The seasonal menu is inspired by Australian food, a celebration of cultures using local ingredients to create fresh cafe fare (think: tartines, salads) as well as an amalgam of other cuisines (think: everything from falafel to tacos to pizza to thai curries to fish and chips). Assorted menu aside, Woolloomooloo stays true to Assie coffee culture, with a host of classic hot and iced caffeinated options for black coffee drinkers and white (aka milk) coffee options in addition to more, let’s say “experimental” options.

Woolloomooloo does a little bit of everything. They promote a certain kind of lifestyle that, while imported from faraway inspirations, fits well for the local community. For a long time, they were a hub for the expat population, but these days, they serve the local community just as well. Not to mention they also have a second location focusing on coffee and food and a bookstore (Moobooks), in Songshan, and a takeout coffee outpost (Simplejoy) in Zhongshan, in two other popular neighborhoods for hanging out. Go here for: an early western breakfast, a working lunch, an afternoon coffee, after-work drinks, and maybe a book and some house made jam while you’re at it

Order this: coffee and something from their selection of seasonal cakes. Honestly they give The Cheesecake Factory a run for its money in terms of menu length and random options, so you can probably find whatever you’re craving, as long as it isn’t Chinese/Taiwanese food

Amount of time to spend: a couple hours to hang out, and a couple more to work

When to come: mornings and weekdays are definitely more chill for walking in, for dinner and weekends may be better to call ahead for a reservation

hit up the A11 food court for [ master noodle ] 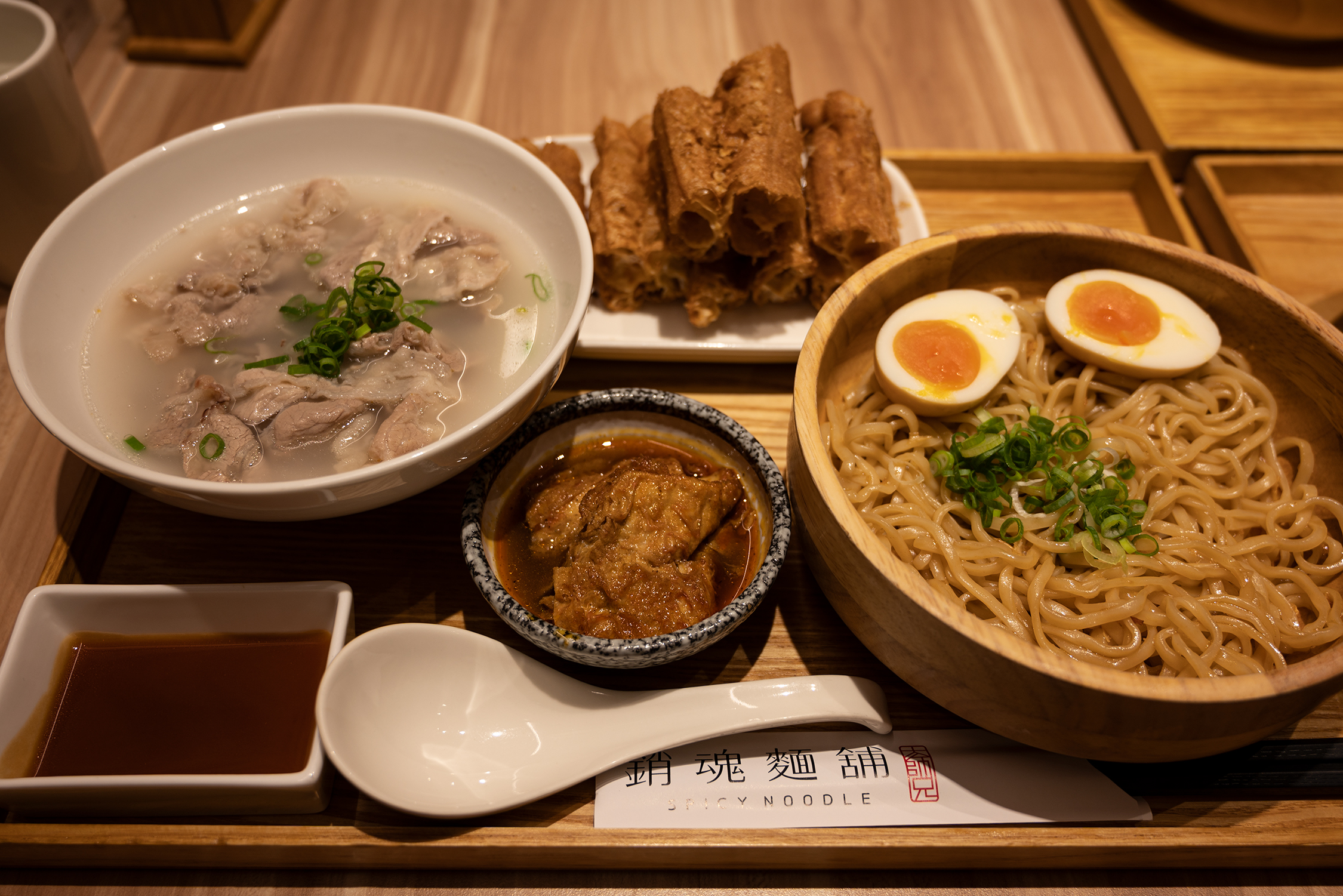 get your rice and coffee fix at [ cafe de riz ]