Thinking back, it’s funny to think that we’ve made it this long in this strange semi-quarantine state. I had landed in this city back in the depths of winter, where darkness settled in well before the end of the work day and a gush of cold wind would take your breath away. Slowly we eased from a rainy spring to a sudden summer, the constant heat and humidity being a new thing to plan around with a determination to engage in outdoor activities while we can.

As days become shorter, the air becomes cooler, it’s a new kind of urgency that’s come upon us to take advantage of the few weeks of perfect weather before we have to bring out the coats. Sure, we know that winter is imminent, and the holidays will be different this year. But for now, we have 75 degrees and sunny on the weekends and we won’t let that go to waste. back to the grind

I spent the final days of summer in California before heading back to New York after Labor Day. Even though I was only gone for 3 weeks the change of seasons felt drastic. Suddenly it was comfortable outside, the humidity had toned down a bit and the sun was setting earlier. But that also meant the fall produce and blooms were coming out, hints of Halloween here and there.

Of course, most of the month was spent in quarantine. Which went by surprisingly quickly. Between the rhythm of work (so nice to not have to wake up at 5:30am anymore), and a couple grocery orders, I was soon able to not appreciate the ability to go outside for morning runs again. But I gotta admit, it’s good to be back, and the city is beautiful as ever.

Of course, the strangest part of back to the grind was going back to the office. No, not really for going back work. Rather (ironically) to pack up my desk for shipment. We’re not going back to the office anytime soon, and the entire office is getting reconfigured. It was strange to be back to say the least, baffling to see tourists in FiDi, eerie to see the office pretty much as we left it back in March. Chargers still plugged in. Water bottles and mugs, pens and plants still on desks (the plants had been well taken care of over the past months). Who knows what it’ll look like in another 6 months. A massive building standing tall over the city, largely empty. A reminder of resilience for the city that is starting to bustle again.

Pressed has always been a go-to for me, back in LA. It’s one of the cheaper options when it comes to cold pressed juices. And the freezes are always a feel good treat on a hot day. This month blessed me with a painful canker sore (TMI sry) which meant an unintentional juice cleanse and raw vegan diet. I went about a week with mainly juice and cold foods. Needless to say real hot savory food never tasted better after that week, but thank you to Pressed Juicery for carrying me through. After 16 years of perfect mediterranean climate in southern California, the novelty of seasons is fully present. I almost forgot what it was like to be cold. And while there may not be a ton of trees around to surround me with the colors of autumn, I’ll take the perfect weather and brisk air, bring out the jackets and pick up hot coffee. 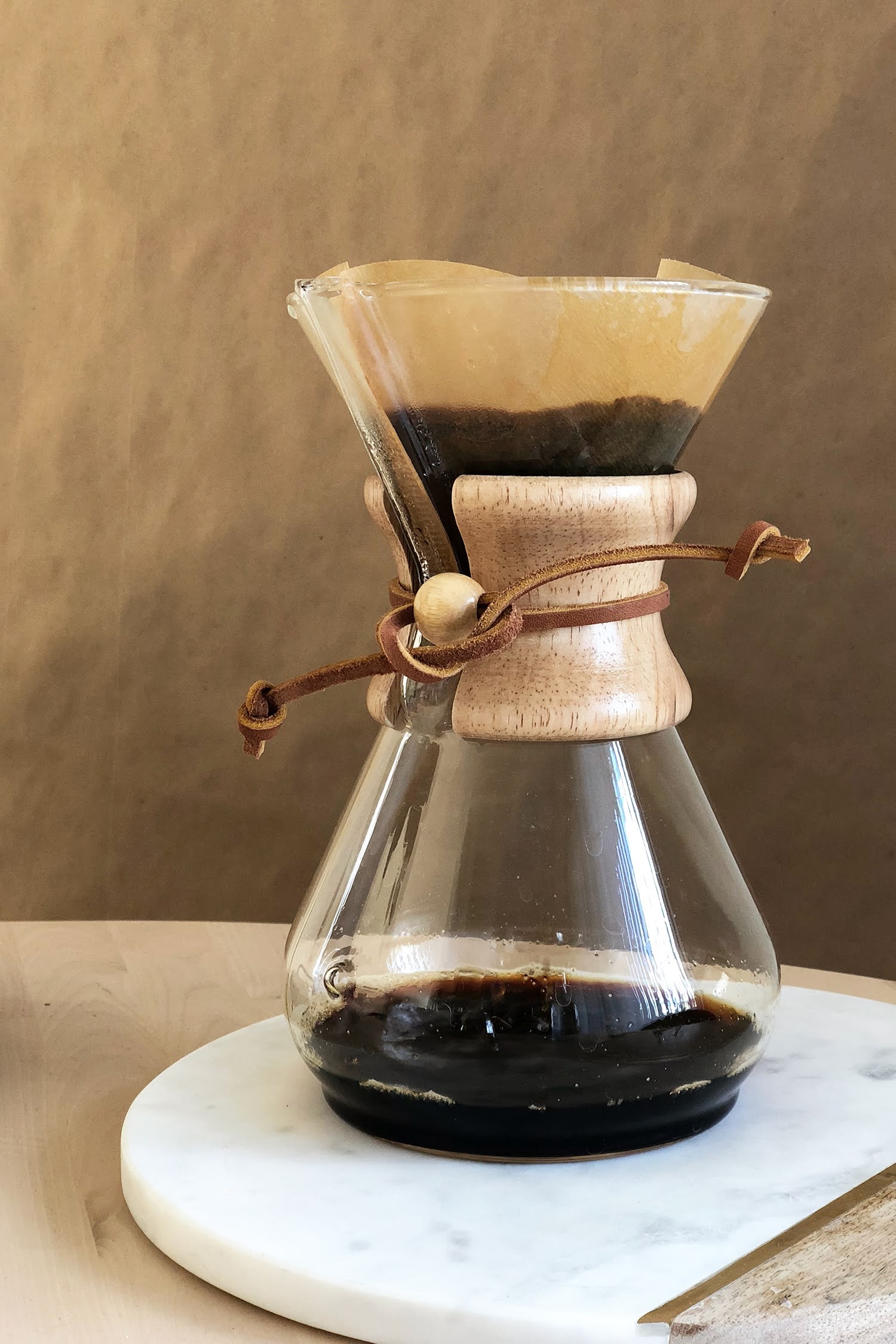 One of the cherished belongings I brought back with me from California was my Chemex. Working from home means weekend coffee rituals can be everyday things. So a bag of Stumptown beans and this admittedly larger than necessary pourover carafe has become a thing to dote over in the mornings.

Speaking of coffee, my newest routine is switching over to a spritzy coffee for the afternoon. I’ve been keeping citrus peels in the freezer and bottles of tonic water in the fridge. Adding orange zest and tonic water turns sad afternoon coffee into an instant coffee cocktail, which is what we all need these days.

So back to work and back to school look different this year, but September does make for a good time to get some kind of routine down. For me, that means regular exercise. As in, now that it isn’t extremely hot and humid, it’s time to go back to (short) morning runs to Domino Park and afternoon breaks for mat workouts. And honestly, it’s been less painful than expected. Who knew that sitting all day could be so tiring? Plus, given that most fun activities still aren’t viable, a long walk is always a nice reminder to tour the neighborhood and prove that I live in an actual city. 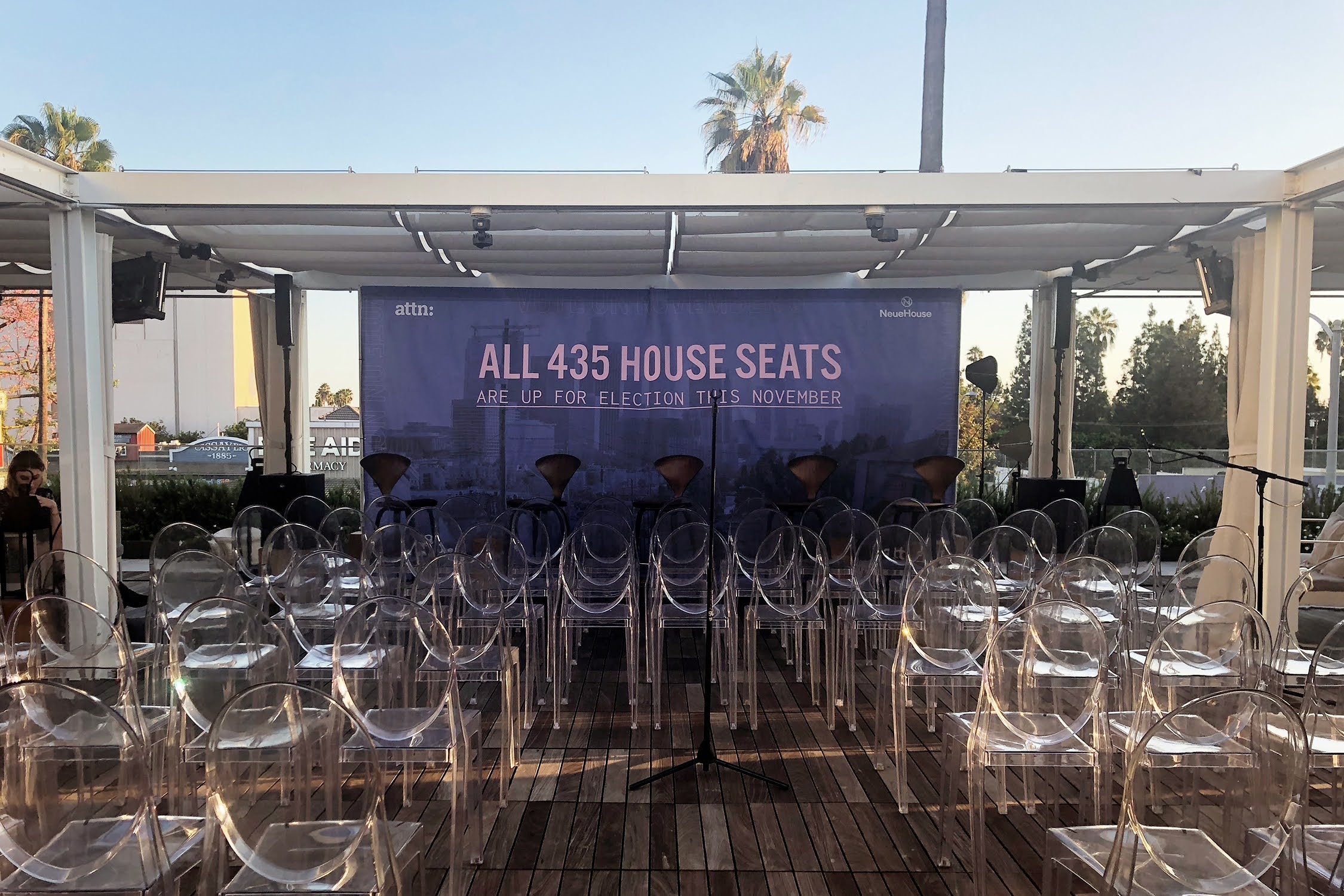 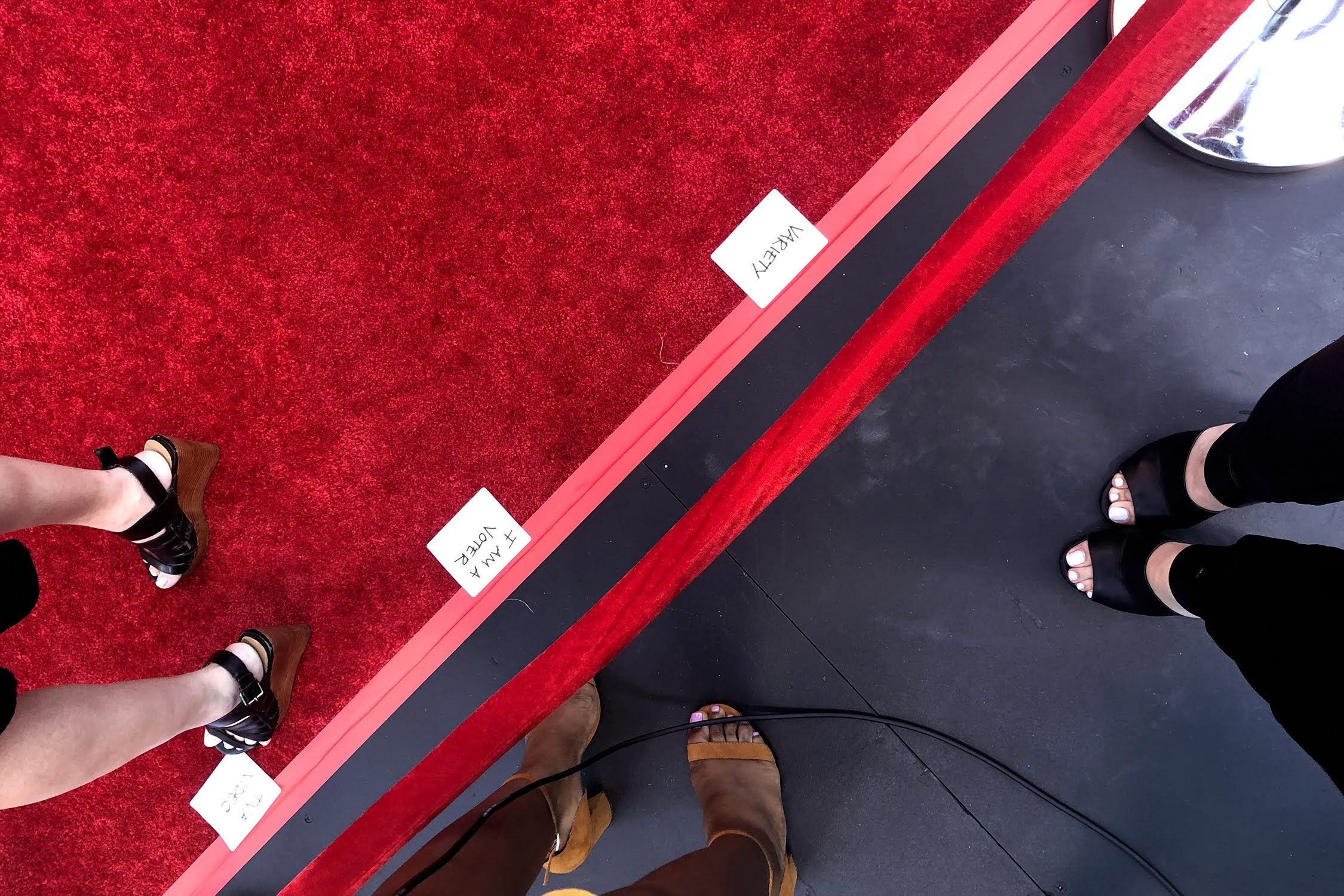 National Voter Registration day is the fourth Tuesday of each September. Two years and what feels like a lifetime ago, I was all in on voter registration and voter turnout campaigns. From working with the Television Academy for red carpet interviews (lol remember non-virtual award shows) to pulling together an event that brought together Hollywood activists and political leaders (lol remember non-virtual panel events), it was full steam on all things civic engagement. Two years later, I couldn’t feel farther away from it, even as I see former colleagues continue to fight the good fight.

Now, in 2020, potentially the most important election year of my life, all I can do is make sure I’m registered and when the time comes mail in my vote. This year has shown us so many disappointing aspects of the system we live in. And while it is so tempting to give up, we owe it to each other to keep fighting, to move the needle inch by inch. 34 days until election day. It’s time to tune in and turn out.