Conveniently situated just a few tunnels off to the east of Taipei, Yilan is the most accessible part of the picturesque east Taiwan, making it a popular choice for day trips and weekend getaways for Taipei residents. And among the many townships in Yilan, Jiaoxi is probably the most popular stop.

Of course, its popularity is likely in large part by virtue of being conveniently located right by the highway and the first township you hit coming from Taipei. And then of course there is the other hook: hot springs. If there are hot springs, the people will come. And the people do come, flocking in by train and bus and car, filling resorts and vacation homes each weekend, injecting buzz to an otherwise quiet town. 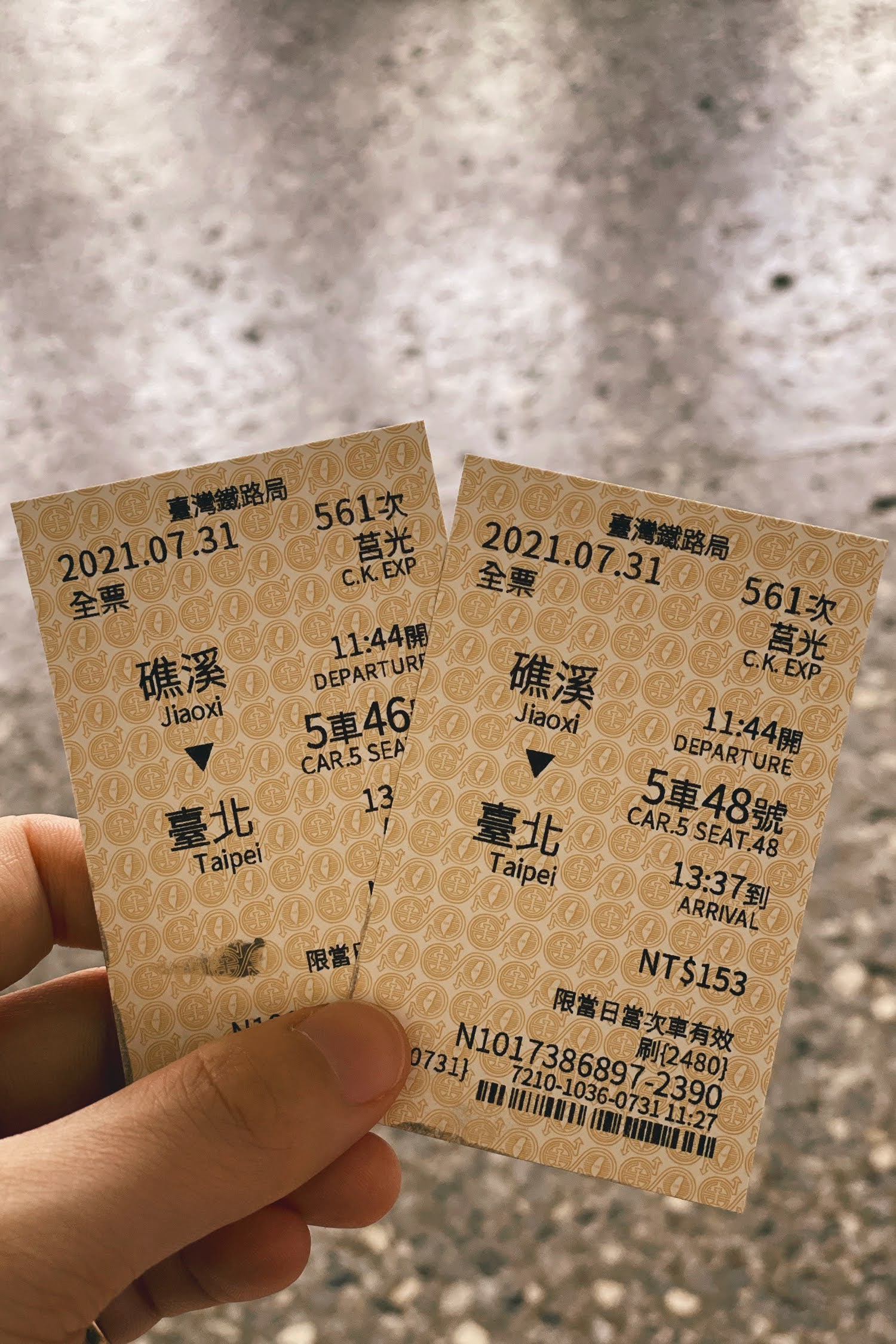 It is very easy to get to Jiaoxi from Taipei. While high speed rail doesn’t cover this side of the island, there are many trains that you can catch from any of the city train stations (ie: Taipei Main Station, Banqiao). It’s a scenic route – going over to Keelung and then down the coast. Pretty much any of the local trains that are headed to Hualien or Taitung will go through Yilan and have a stop in Jiaoxi (some express trains may skip it though, so be sure to check, tze-chiang limited express usually works). Tickets are around ~150NT (~$5).

It’s also very easy, perhaps even easier, to get there by bus — a straight shot through the mountains (instead of the train going around). Take the blue line to Taipei City Hall and there will generally be a train departing to Yilan every 30 min to an hour, many of which stop in Jiaoxi, though some go direct to other townships. Tickets are <100 NT (~$3) and they take EasyCard.

Both bus and train generally take a bit over an hour, although during peak traffic times (like a Sunday afternoon when everyone is headed back to Taipei), you are better off taking a train.

From either the bus or train station (both very small and quaint and cute), most of the hot spring resorts are just a short walk away. If you’re staying in Jiaoxi, you’re staying for the hot springs. So while Yilan is filled with great bed and breakfasts and cute rentals, it’s probably best to go the hotel route here. There are countless hot spring hotels all over Jiaoxi. From small hotels to luxury 5 star resorts, there is certainly something to fit every budget. The cheaper ones generally come with access to communal hot springs managed by the hotel, while mid to high range tend to have a hot spring tub inside the room. Many of them come with full service packages that include breakfast and sometimes dinner too. 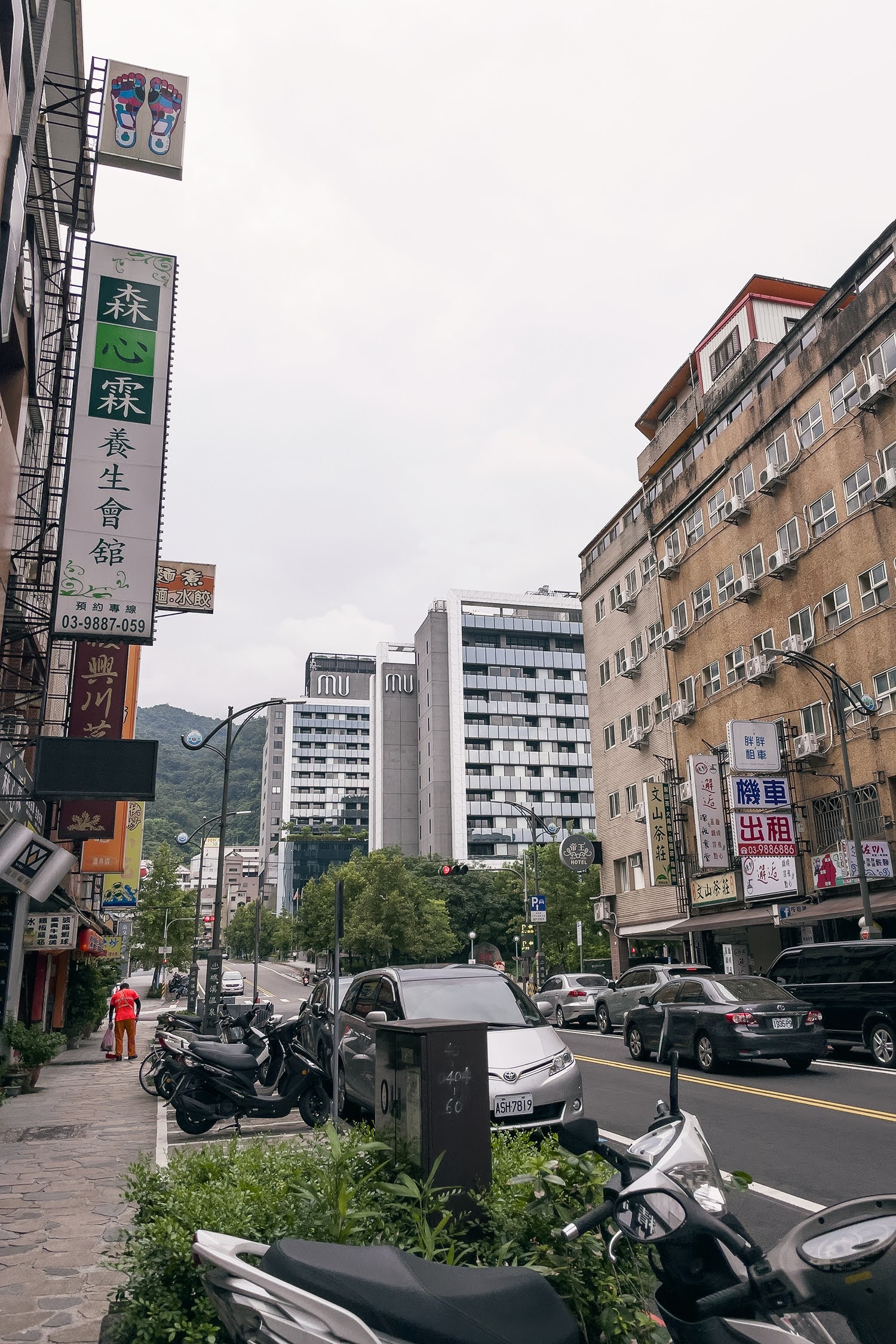 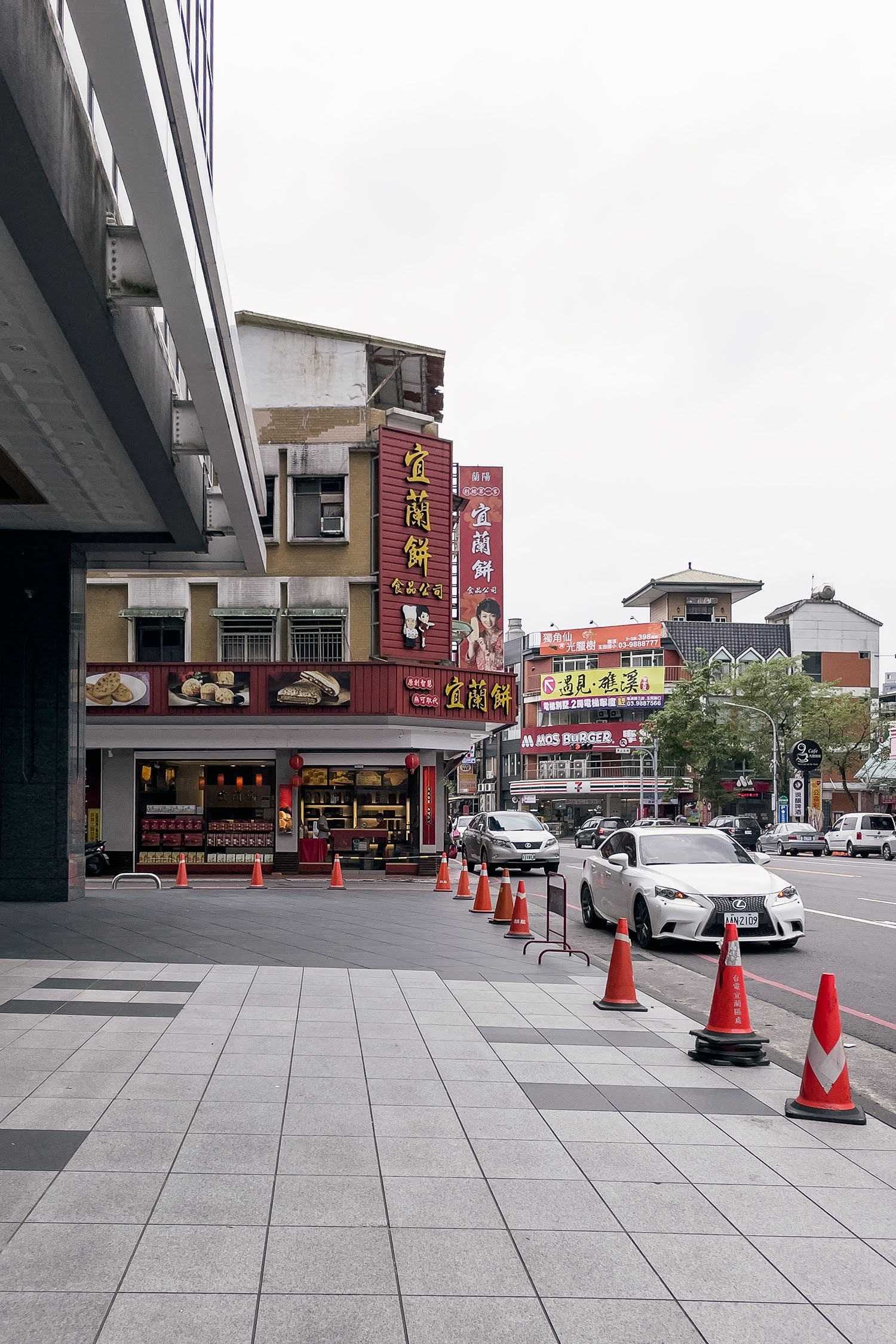 To be honest the point of coming here isn’t really to do much more than sit in your hotel room hot tub or hot spring spa.

DO: WALK AROUND AND Dip your feet in the public hot spring parks

There’s not a ton to do within Jiaoxi. The town is concentrated around a few streets filled with your typical eateries and chain shops you’d expect in any neighborhood in Taiwan. There are, of course, places to buy local specialties like any good tourist town. And then there are some public hot spring parks: Jiaoxi Hot Springs Park 礁溪溫泉公園, Tangweigou Hot Spring Park and 湯圍溝溫泉公園. Just casual hot spring pools filled with nibbling little fish if you need a break. Every touristy destination in Taiwan has the spot that you’re supposed to go to, and the thing you’re supposed to buy. Yilan has an entire sub-cuisine with a host of specialty dishes that are found throughout and beyond the region. But the specific place people flock to in Jiaoxi is a bakery, Yih Shun Shiuan 奕順軒, and the thing to buy is cake rolls. But they also have the greatest hits of traditional Taiwanese breads, and Yilan specialties like “cow’s tongue biscuits”: long thin crisp cookies in a variety of sweet and savory flavors. Scallions in Yilan hit different. They are longer, sweeter, with more of the white part, named after in Sanxing Township in western Yilan. So pretty much anywhere you go in Yilan you’ll find lots of scallion foods. Scallion pancakes are a street food favorite, and in Jiaoxi the place to get it is this little stand 礁溪頂好蔥油餅 where they deep fry it and then slather with a sweet spicy soy paste (get it with an egg). And while you’re at it, some other obligatory Yilan specialties: gao za 糕渣 and bu rou卜肉 and ya sang 呀桑. DO: Weather-permitting, go on a hike

If you need some activity to balance out all the relaxing, there are some trails north of the city. Paoma Historic Trail 跑馬古道 and Houdongkeng Waterfall 猴洞坑瀑布 are two scenic options.

DO: hop on a bus up the coast

It is very easy to hop on a train or bus to continue deeper into Yilan. But if you’re not looking to explore too far, there are small bus routes that take you up the coast to tourist stops like Toucheng Old Street, Toucheng Seaside Forest Park, Lan Yang Museum and Wai Ao Beach. 16:30 —walk around the main streets, stop by the parks, pick up some snacks

20:00 — settle into the hotel room and enjoy that hot spring for the rest of the evening

08:00 — breakfast at your hotel, or at a local breakfast joint or coffee shop

11:00 — check out of the hotel, leaving your luggage there 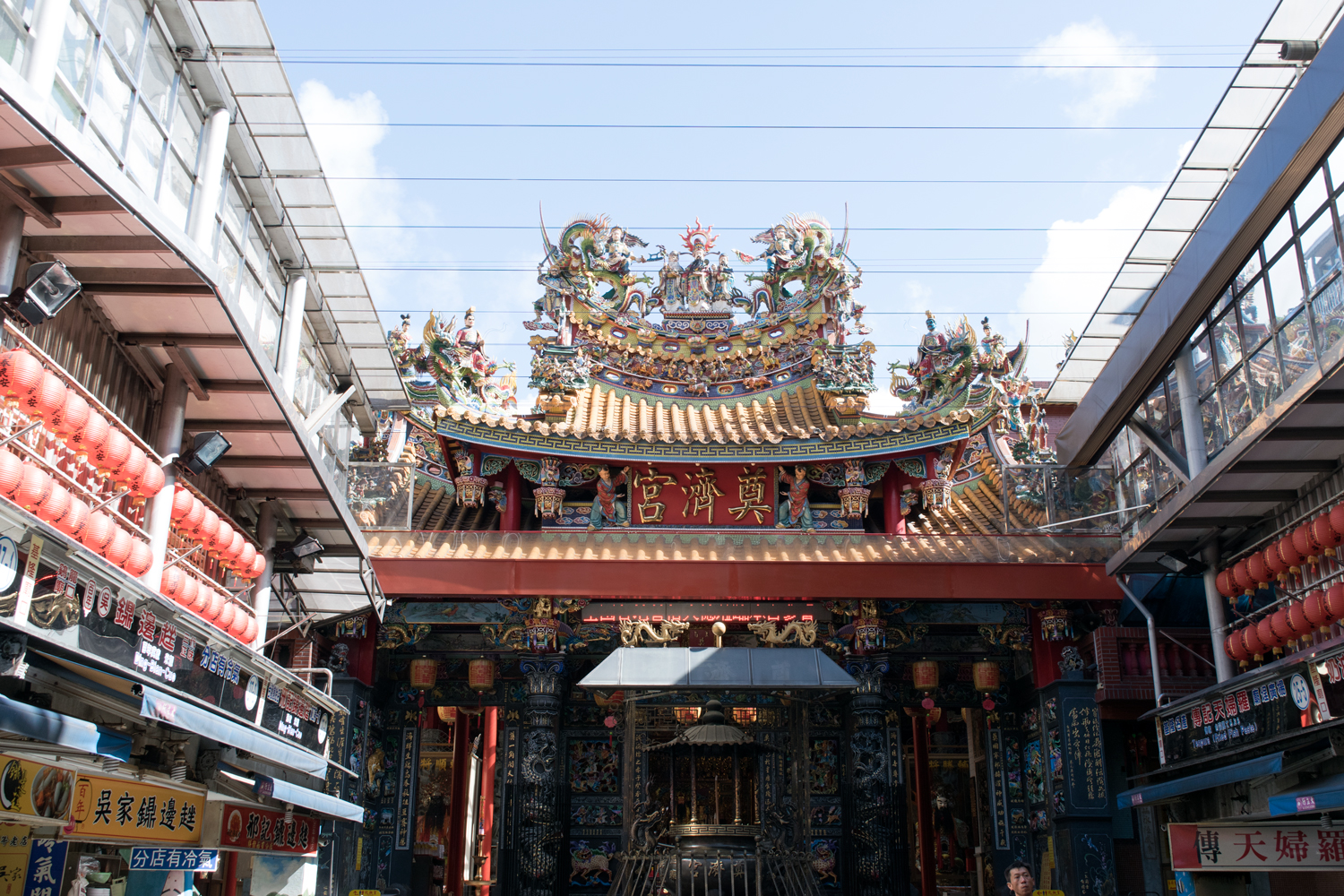 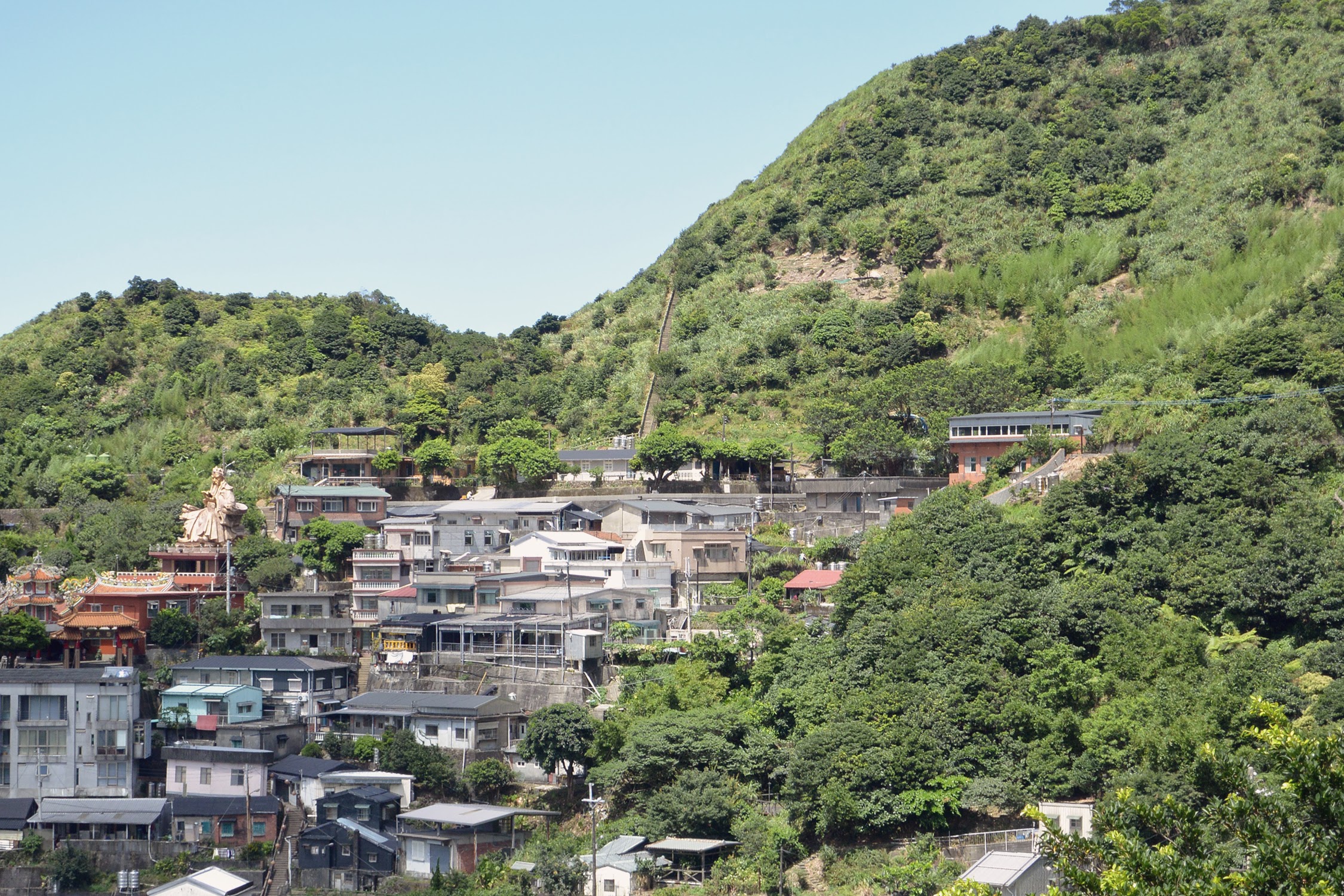