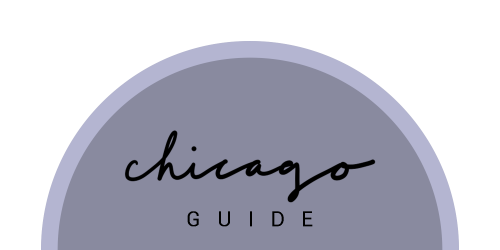 A city that comes with many nicknames, a lot of tradition, and a complicated history all too palpable in the present. A city that is insanely beautiful, so beautiful it managed to convince nearly 3 million people to put up with the insane weather to live there. A city that represents the heart of America, while often criticized as standing above it. A city so often overshadowed by others, yet filled with (sometimes indignant) pride.

Growing up in the Midwest, Chicago was the city. There’s nothing quite like driving on endlessly straight, endlessly flat highways, and suddenly seeing the regal skyline emerge over the horizon, interrupting the monotonous landscape with the silhouette of skyscrapers. Even as a young child, I was infatuated with Chicago, the tall buildings, the bustle, the stories, so different from my home in the suburbs, so American. Plus, it helped that every time we went into the city, it felt celebratory, like a mini-vacation.

Chicago is easy to brush aside. It has horrendous weather. It’s in the Midwest. It doesn’t have the exhilaration of New York, the history of Boston, the glamor of Los Angeles, the character of San Francisco. It’s the underdog, but that’s exactly what makes it worth fighting for.

Chicago has, in my opinion, one of the most beautiful skylines in the world. People have relationships with the buildings, the architecture. Even though you’re smack in the middle of the country, it’s a city by the water. The rich blue of Lake Michigan, the turquoise of Chicago River. There’s something charming about how streets are named after states and Great Lakes and presidents (I suppose this is only novel after you spend enough time in places where most street names are in Spanish). When the sun comes out, the city practically glitters. Of course, the weather changes every 10 minutes, so it requires a degree of patience and tolerance for unpredictability, a less charming aspect of the city.

Chicago is a glorious place where buildings are tall, but streets are wide so you never feel claustrophobic. It’s also weirdly clean. And it smells like chocolate, not trash. The trains are loud as hell, you can’t hear yourself think when they pass by… but have weathered cold cold winters for over a century. The weather is cold but the people are warm, even if they have way too many opinions about everything.

LA may have PCH, which I’ll be the first to admit, is super fun to drive on. But Chicago has Lakeshore Drive, which is in its own right breathtaking. The city lit up on one side and the deep waters of Lake Michigan on the other can convert even the most snobby coastal elite.